Earlier this week, a friend linked me to Buffer’s post about their updated salary formula, and their online calculator that uses this formula to tell you how much you would make if you worked for Buffer.

One of the interesting things about the formula, and their online tool, is that even though they’re vocal about being a distributed team, a huge component of employee salary is based on where they choose to work. As of this writing, a “Backend/Frontend Developer” at “Master” level will make between $82,577 and $155,535 depending on where she chooses to live.

Lots of supposedly-distributed teams do this. They call it “adjusting for market rate.” I think it’s a big problem.

Yes, it’s a problem, and it’s symptomatic of a failure to embrace what it truly means to be a distributed team.

Before we proceed, I want to say that I applaud Buffer’s transparency efforts, and they are probably an absolutely wonderful place to work! This post isn’t about Buffer, but the practice of adjusting for market rate.

It makes a certain amount of sense if we’re running our business from a legacy mindset. By “legacy mindset,” I mean the one that says “work is work when and where we say it happens.” Sure, if we are going to require a person spend most of their time in a specific geographical location to do their job, it might seem sensible to base their salary on what people doing similar work in that location are earning.

But, we’re running a distributed team. We understand the scope of the battle we’re in. The talent pool is global. And so, to make a competitive offer, we proceed to tailor it to the location where the person is currently living.

This doesn’t sound ridiculous to you, yet? Let’s pretend for a moment.

Ann is a brilliant engineer who’s living in a specific region of the country that, some believe, is home to all the best and brightest minds in our industry.

Yes, I know it’d take some suspension of disbelief to convince ourselves that the best talent really is concentrated in one tiny part of our planet. We’re pretending, here. To remind ourselves that it’s a silly lie to believe, we’ll call this place Silly-con Valley.

So, Silly-con Valley is a very expensive place, because all of the very smart people living there believe it is worth paying a special tax to live near all of the other very smart people. But we want to hire Ann for our distributed team, and Ann wants to live in this silly place. To be competitive, we must offer Ann $170,000 per year. We know she’s worth every penny of it. She accepts.

Meanwhile, Sofía is an equally talented engineer who lives in a vibrant city on the ocean in Argentina. We’ll call it Buenos Tiempos. It’s a much more affordable place to live, and she feels fortunate to call it home! We feel fortunate to hire her, as well, especially since she joins the team for $90,000 per year.

These two talented women do great work together, and become good friends since they’re working closely on the same project. In fact, after a year or so of seeing beautiful photos from the coasts of Argentina in Slack, Ann makes a decision: she’s leaving Silly-con Valley and moving to Buenos Tiempos. She’s already got a friend there, and she’s ready to have an international adventure. And the best part? She works on a distributed team, so she doesn’t have to change jobs to do it!

What happens next? More importantly, what should happen? Stop. Think about this for a moment. Remember: these two top-notch software developers were hired at roughly the same time and are making equal contributions to the team.

So, we punish Ann for moving by reducing her salary? What if she didn’t really want to move, but had to, because a sick relative who lived there needed full-time care? What if she was going on an extended visit, and stayed with Sofía for several months, but was returning home afterward?

I wonder how Sofía is going to feel when she sees the lifestyle that Ann’s able to enjoy once she moves? I expect that these two good friends are in for some difficult conversations.

Option 3: Sofía gets a raise

Great for Sofía! However, even though this is good news, what about the past year, when she’s been contributing just as much as Ann, but being paid almost half as much? Suddenly, because Ann moved, Sofía is more valuable? It would take some pretty impressive mental gymnastics to rationalize that one.

These options are stupid.

These options are stupid, and we know they’re stupid. I can tell that we know they’re stupid, because when I bring up this hypothetical situation in conversations, the main objection is how unlikely this specific situation is to arise. This is how we defend the indefensible. Yet, if this was code we were discussing, we’d rightly criticize that testing the edge cases is every bit as important as testing the happy path.

Moreover, though this specific situation involves imaginary cities and people, given the number of people in our industry and the rising popularity of remote work, I can guarantee you that a situation like this has happened not just once, but many times.

But, money is just an abstraction!

The more erudite among you may have quickly seized upon an obvious oversight: currency is just an abstraction for value. We use currency because it’s a lot easier to carry paper in our pockets than it is to carry goats. And, of course, because there’s no guarantee that the Apple Store wants our goats.

And, if we accept that, then it would seem that the obvious choice is option 1. If Ann wants to move, then she must accept a reduction in salary. But recall that when we hired her, we knew she was “worth every penny” of $170,000 a year. And we felt we were “fortunate” to hire Sofía, because she was equally skilled, but willing to work for $90,000 a year.

The Market is Global

Organizations are building “distributed teams” because they have realized that the talent pool is global, and they’re missing out on great candidates otherwise. Did they stop there, forgetting that their competition for that talent pool is also global? Are they really offering salaries designed to compete only with employers local to the candidate?

I don’t think it’s that. If the market is global, then there is no point in adjusting to “market rate.” There’s just the “rate.”

We’re being paid in goats. 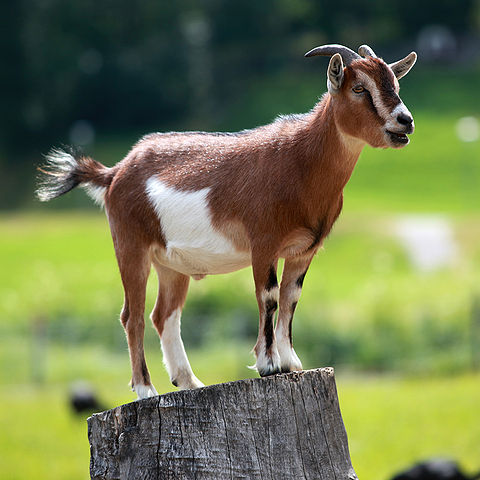 When “adjusting for market rate”, companies aren’t making an explicit statement about what you’re worth to them. They’re making an implicit statement about the quality of life you should have. They’re stating that they’re willing to pay you enough to buy a certain number of goats, if goats are your thing. Or a certain kind of house, car, gym membership, and so on, if you’re not that into goats.

Only, that’s not their choice to make.

One of the greatest privileges of remote work is that we can fiddle with the knobs of several variables independently of one another, and feel the impact that these choices have on our lives. We can choose to sacrifice our buying power to live in a location with a higher cost of living, or to take on work we find more meaningful, but lower-paying, by moving to a place where our money will go further. Those variables do not affect our value as a distributed team member, but by attempting to normalize on buying power, the company causes our choices to become conflated into one: take the job, or don’t.

Money is a useful abstraction because it would be tricky to buy a new MacBook Pro with goats. We’d have to find someone who wanted goats, and then we’d have to get those goats to them in exchange for the MacBook Pro. And, of course, we’d have to agree on what the correct ratio of MacBook Pros to goats is.

The thing is, as remote workers on distributed teams, we’re often allowing companies to pay us in goats, instead of recognizing that we are the goat.

Being the goat means recognizing that you are the thing whose unit value is being debated. You’ve already been informed that the buyer is looking for a goat, and not only that, a very you-shaped goat. You’ve got no logistical issues with meeting that demand, because you’re going to be working remotely. The only thing that remains is determining the goat’s worth.

And here’s a funny thing about determining worth. It’s variable based on the buyer, because it’s got absolutely nothing to do with what you gain, and everything to do with how much the buyer is willing and able to part with in exchange for what they’ll gain.

You have to be OK with this reality. It means that there are some buyers out there who simply can’t afford you, and it means there are others that won’t waste their money, because they won’t benefit from everything you bring to the table.

“Market Rate” is a Convenient Patsy

It made at least a little bit of sense back in the days when menus would be printed and used for weeks. But today, many restaurants print their menus daily, or nearly daily. One seafood restaurant near me puts each day’s date on the menus, in fact, yet still lists lobster as “market price”. Are they ignorant of how much they paid for their latest delivery of lobsters? Of course not.

It’s simply a convenient way of holding back the information until you’ve already shown interest in a menu item. And, if you dare to ask the price, and deem it too high, it’s easier to curse “the market” as opposed to the owner’s choices. I’m willing to bet there’s a market price floor beyond which the savings aren’t passed on to the consumer.

Appealing to “market rate” abdicates responsibility, and companies building “distributed teams” would be wise to note that their definition of “market” should update accordingly.

In short, I believe that “market rate” is for lobsters, not for people.